What is the Aftercare Ministry ?

The Aftercare Ministry seeks to assist the person released from prison or jail to become adjusted to life outside the prison or jail in a constructive way.  This ministry is multifaceted and complex because every released person has different needs and economic/family resources.

Typical needs addressed by the JMOC Aftercare Ministry include:

Diane DeDominicis, the Aftercare Coordinator, has extensive experience working with prison inmates and various social service agencies and churches in the county.  She determines the best way the ex-offender can be helped.    To gain the assistance, the Aftercare Coordinator may provide some of the service or call on help from a social service agency, a church or group of churches, or volunteers who have indicated that they would give of their time and effort to this ministry.

Why is Aftercare Ministry Important? 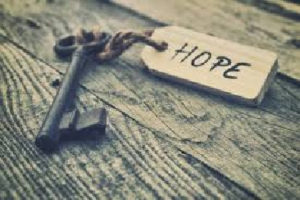 Of the 650,000 offenders who are released each year from the nation’s prisons, the Department of Justice has estimated that two-thirds of them will commit new offenses (recidivate) within three years of their release.  After more than 60 years of serving in the County Jail, JMOC has witnessed this same recidivism in Otsego County.

Not surprisingly, inmates who are released without any assistance many times go back to their “old” way of life because that is the only life that they know.  Many studies have indicated that reentry initiatives can reduce recidivism rates.  The JMOC Aftercare Ministry, started in 2012, is an effort to intercede in the life of the former inmate so that he/she can find a different way of life that is productive to society and his/her family.

There are some local governmental programs in place to address aftercare needs, but these are overburdened because of limited resources and there is little room for individualized attention.  Christ was very clear in His teachings that His followers should be concerned about helping the poor, those in distress, and prisoners (Matt. 25:36).    In response to this, the Aftercare Ministry not only focuses on the physical and social needs of the ex-offenders but also on the spiritual and emotional needs as well.

The Aftercare Ministry has become a valuable sequel to the ministry that JMOC has been providing in the jail for more than 60 years.  In the years ahead it is the hope of JMOC to expand this ministry to include areas such as housing, educational opportunities and additional counseling.

What Other Programs are Provided by JMOC?

These programs are provided by volunteers from over a dozen churches in Otsego County under the direction of a chaplain.  The team functions with great enthusiasm because of their love for Jesus and their concern for the lives of the inmates.

Get in Touch with Us